If you’ve been anywhere near the Internet within the past year then you’ve most likely seen an ad (or a meme) with Tai Lopez and his Lamborghinis and 67 Steps. With Internet popularity comes internet scrutiny leaving many asking, “Is Tai Lopez a scam?” I’ll try to help you answer that question with my personal Tai Lopez and the 67 Steps review.

Introducing You to Tai Lopez and the 67 Steps Review

There was a time not too long ago that my life was at a very low point. I was working at a job that I hated, spending over half of my income on rent and bills, and I rarely had the motivation to do anything but work and sleep.

I didn’t want to be in the position I was in but it just felt like I was stuck. If any of you have every been in this position, you know what I’m talking about. I wanted to make a change it just seemed like everything was stacked against it.

Until a few months later, after I had pretty much given up hope, I saw Tai Lopez’s Lamborghini ad on YouTube. This was before Tai really had much of an Internet presence yet so I didn’t know much about him other than what he was saying in that introduction video.

And it was exactly what I had been needing to hear.

Who is Tai Lopez?

After I watched the entire introduction video to The 67 Steps that Tai Lopez presents on his website I was kind of shocked about how much information and actual training he was giving away in his intro video. I was expected a 10-15 minute sales pitch to get me to join his site but was instead given a 2 hour training session about how to achieve what Tai calls ‘The Good Life’.

Of course the introduction video is just an outline about what will be covered in the entire 67 Steps program, but one thing you’ll learn about Tai is that he likes to talk…a lot.

But that’s not necessarily a bad thing in his case because he had a lot of useful information and knowledge that he has gained throughout his life that he seems to love to share with anyone who will listen. And I honestly think that’s pretty cool.

Why does Tai think he knows so much? Because he has a library of thousands and thousands of books that he reads and reviews each day in his Book-of-the-Day club.

More importantly, the things he talks about in The 67 Steps made sense to me. I was able to relate with the stories that he would tell about his past and was in the exact point of my life that The 67 Steps program was designed to help with. 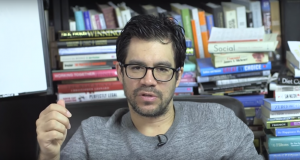 The 67 Steps is a series of 67 training videos that are to be watched in succession for 67 days presented by Tai Lopez, who is usually lounging in an armchair with his personal library of books surrounding him.

The reason the program is called ‘The 67 Steps’ is because according to a recent study done by the University College London it takes 66 days for the brain to form a new habit. Once a habit is formed in your brain it then takes much less energy for you to perform the task.

By completing one step each day for 67 days your brain will start to rewire itself and pursuing your goals after you complete the program will become second nature to you. Within the videos Tai takes you through 67 ‘Steps’ he has built that he claims will help you achieve ‘The Good Life’.

What is ‘The Good Life’?

According to Tai, and anyone else trying to achieve it, ‘The Good Life’ consists of 4 things:

Once you’re able to say that you are, from a scale of 1 to 10, a 10 in the first 3 categories, you will ultimately be happy and The Good Life will have been achieved.

But unfortunately life doesn’t always follow a perfectly laid out plan and setting your focus on any one of the first 3 categories can cause all of the other parts of your life to fall out of balance.

If you’re like me when I found The 67 Steps then you are a blank slate, ready to learn and do whatever it takes to find happiness in your life. For me that was improving my health, earning a living while doing something I enjoy, and becoming someone that I was proud of so I could eventually find love.

What is in the 67 Steps training videos?

Each of The 67 Steps is broken down into a specific topic that Tai will be talking about that day. For example, the first step is called, “The Billionaires Brain and Jennifer Lopez’s Voice – To get what you want, you want to deserve what you want.”

Tai will then break down each of the topics and discuss them at length, usually for around 45 minutes to an hour, and provides examples and experiences from his past. Also, since Tai loves to read, and reviews a book every day, he is constantly citing books that he has read that relate to the topic he is talking about during each step.

At the end of each video you are always left with an action item to do before the next day that will help you start changing your mindset towards success. All of the training videos and everything that Tai talks about is specifically designed to change your way of thinking so you can confidently pursue your dreams moving forward.

Is The 67 Steps Program for You?

If you are at a place in your life where you feel stuck and don’t really know where to turn in order to find the motivation to start changing your life then starting a training program like The 67 Steps is going to help kick-start your brain out of the slump it is in.

Even if you only do the bare minimum and just watch the videos each day for 67 days you will definitely learn something that you can apply to your life right away. It might seem like a huge task to watch a video every day but if you want to change your life you have to start doing something and dedicating an hour a day for 67 days in order to watch a video is as easy as it’s going to get.

One thing I will mention is The 67 Steps is not some get-rich-quick scheme. In fact, Tai doesn’t promise to make you any money at all. The program is not intended to make you money; it’s intended to change the way your brain thinks about your life and what it takes to be successful.

Is There Anything Else You Need to Know?

If you decide to join Tai Lopez and The 67 Steps then you will get full access to all of the training videos and his video archive for life. You will also be enrolled in the VIP membership of the site which includes more personal training from Tai and access to his entire website. The VIP membership is $69.99 each month after the first month and can be cancelled at anytime.

If for whatever reason you are going through the program and you don’t feel it’s right for you, they will refund your money in full within the first 60 days. I’ve personally emailed and spoken to Tai Lopez’s customer service team and they are always prompt and helpful in their responses.

My Final Opinion of The 67 Steps

I personally completed The 67 Steps program within 67 days and received remarkable value from it. The amount of things that I learned and the new outlook on life that I gained from completing the program was worth more than anything else to me at that time in my life.

I you feel like your stuck and you want to change your mindset on life and the way you look at success then I would definitely recommend you checking out The 67 Steps.

However, the only way you are going to find success with The 67 Steps is if you take action on the things that you learned. If you complete all 67 of the videos and then do nothing else, your life isn’t going to change. You are the only one who can change your life.

So, is Tai Lopez a scam?

Even though he might talk a lot and flash his fancy Lamborghinis around, I feel that Tai Lopez genuinely wants to help people. The 67 Steps were directly responsible for me getting out of the rut that I was in and start pursuing The Good Life.

Once you complete The 67 Steps program you might find yourself with a lot of motivation and are ready to go out an conquer the world but still don’t know where to start when building your business.

If you’re ready to follow your passions and create something of your own and actually earn a living while working online then you’re going to need to build your own online business.

How could The 67 Steps help you? 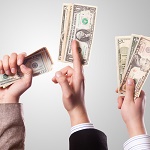 How to Earn a Living Working Online 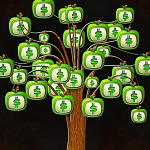 How is Online Affiliate Marketing Profitable?